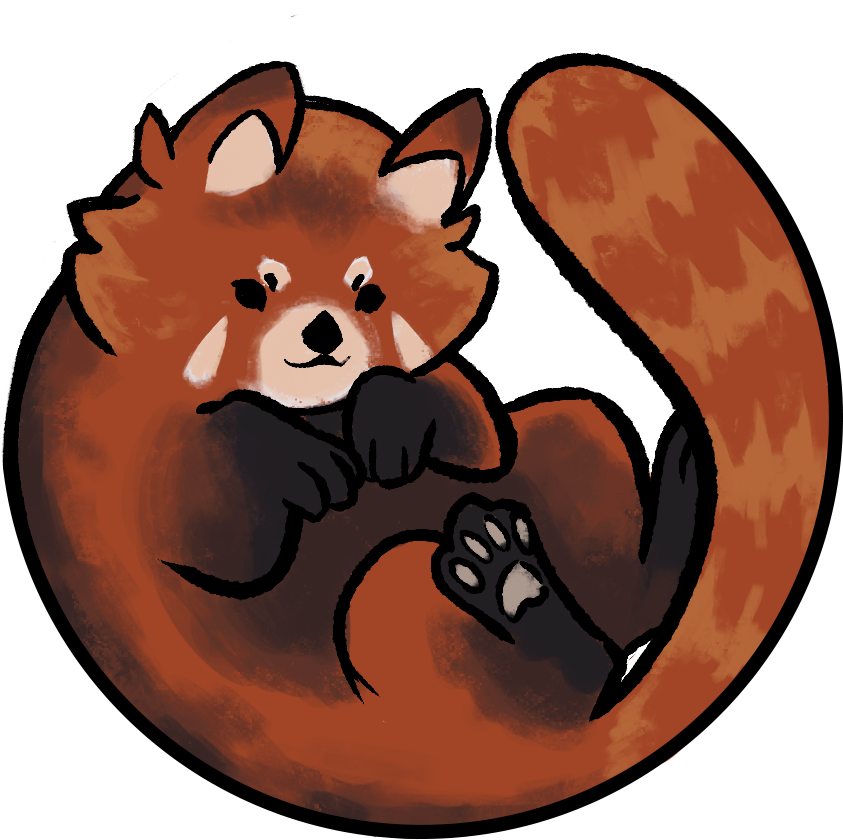 Is a graduate student at the University of Utah, majoring in Entertainment Arts and Engineering. He has completed a four-year interdisciplinary undergraduate degree of Digital Media in Zhejiang University which has cultivated his abilities and skills in programming, modeling, animation, game design, and web design during which he was a designer for Lost in Time. Other works include an Alternative Controller game The Final Funktier which is going to apply for the ALT.CTRL GDC competition for GDC 2020. He has also worked in the PUB-G Mobile design team as an intern.

His portfolio can be found here http://zhizhenchen.com 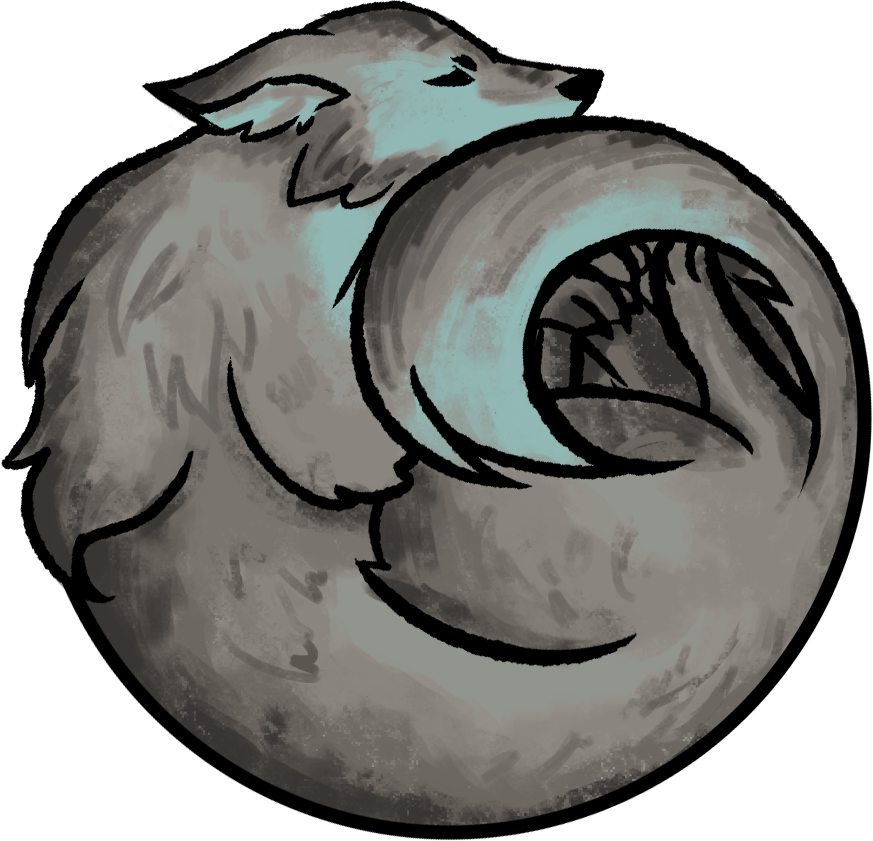 Kaltin Kirby is a Producer and Level Designer based out of Salt Lake City Utah.

Previous games that Kaltin has worked on

Maelstrom: a 2d arcade style game inspired by Atari’s Tempest (1981) as a level designer and lead producer. This game was developed over the course of 9 days by a team of 6.

Mechromancy: A 1-3 player cooperative game where players control mechs on an alien surface who try to survive waves of enemies while trying to extract precious resources from the planet. The game uses a custom-built alternate controller developed by the team.  Kaltin worked as the Lead Producer and Game designer for this project.  The project took 4 months to complete with a team of 11.  This project is being submitted to the 2020 alt.ctrl.GDC competition.

Kaltin also participated in the 2019 Global Game Jam and help develop the game Cat-apult.  This game was developed over the course of 1 weekend with a team of 10.  Kaltin acted as the lead producer and level designer for this project 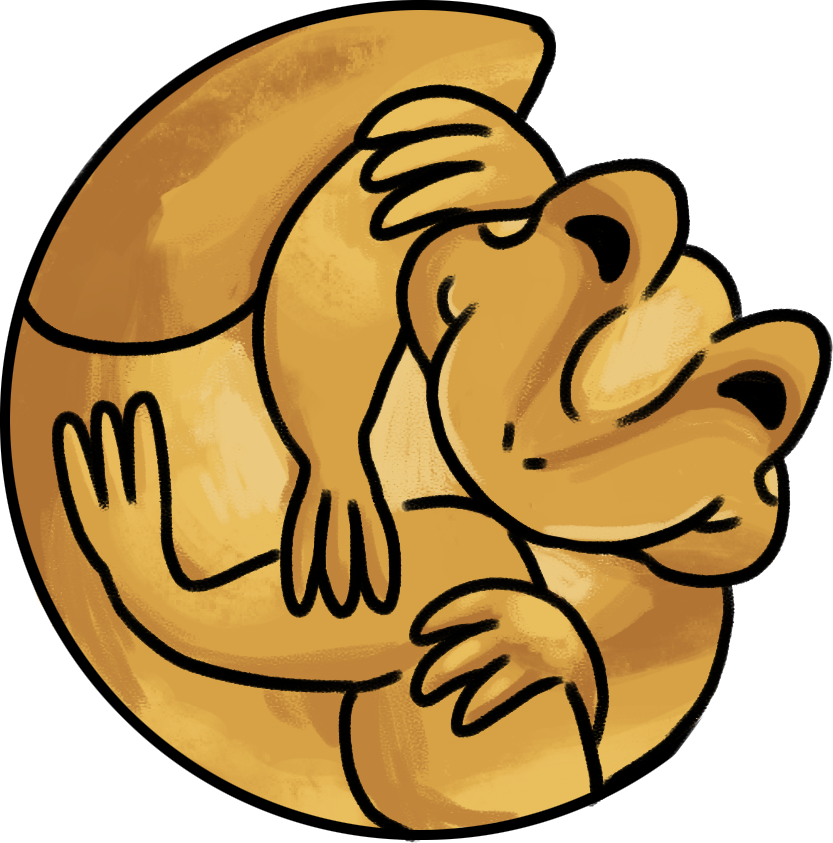 He is currently a graduate student at University of Utah, Entertainment Arts and Engineering program with an emphasis in Game Engineering. He has 3-year experience in game development since his undergraduate majoring in Software Engineering.

He is experienced in C++, C#, php, SQL and has worked with back-end web development in my undergraduate. In his graduate program, he has made various types of games in MonoGame, Phaser, Unity and Unreal 4.

He was the gameplay engineer for the alternative control game game, Ready, Set, Haiya. Ready, Set, Haiya was presented at Dreamhack Dallas 2019 and Indiecade Santa Monica 2019 and expected to be showcased at Alt Ctrl GDC 2020.

In addition to his work at Cat and Fiddle Games Co., he is currently working at The Therapeutic Games and Apps Lab at the University of Utah as a game engineer to make interactive, medically-focused games and apps. 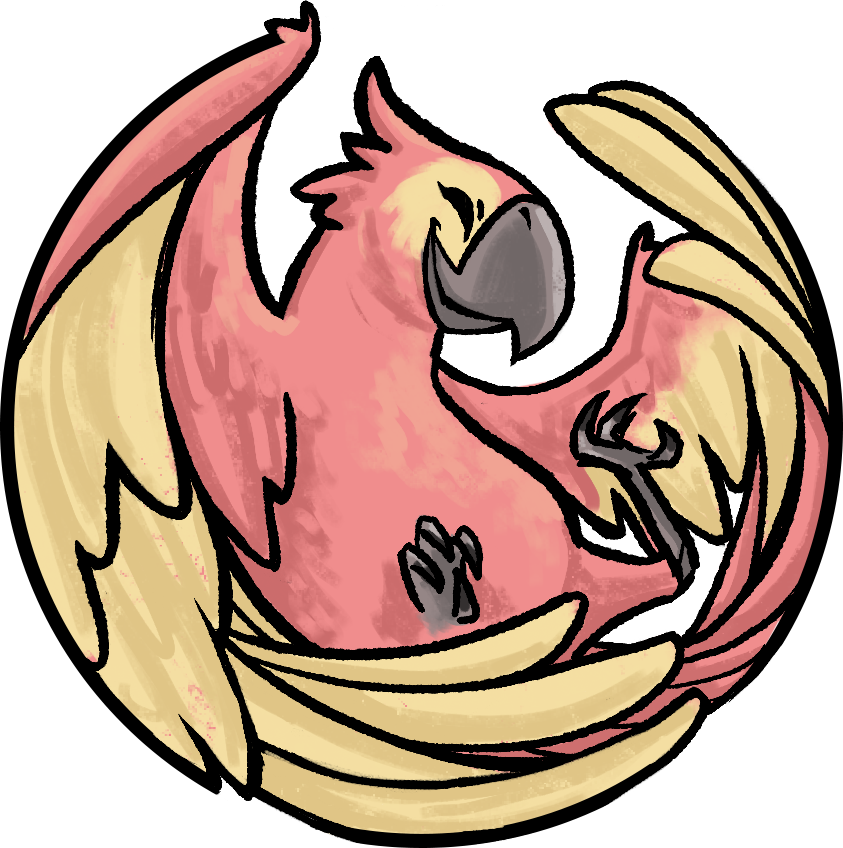 Caitlin McLaughlin is a game artist primarily focused on concept art and illustration. She has worked on an alternative controller game called The Final Funktier, which is being entered in GDC’s Alt Ctrl show for GDC 2020. It is also available for play online with standard mouse and keyboard controllers(https://dangerbeast.itch.io/the-final-funktier). Developed over the course of a six-month development cycle, she worked as the art lead to set the style of the game. She has also worked on Echo, an endless runner mobile game about a bat, currently in development. In addition, she has been contracted out to create concept pieces for an upcoming game called Kickshot 2. On the illustration side, she has created and printed her own lorebook. She is also fond of creating and selling artistic goods locally. 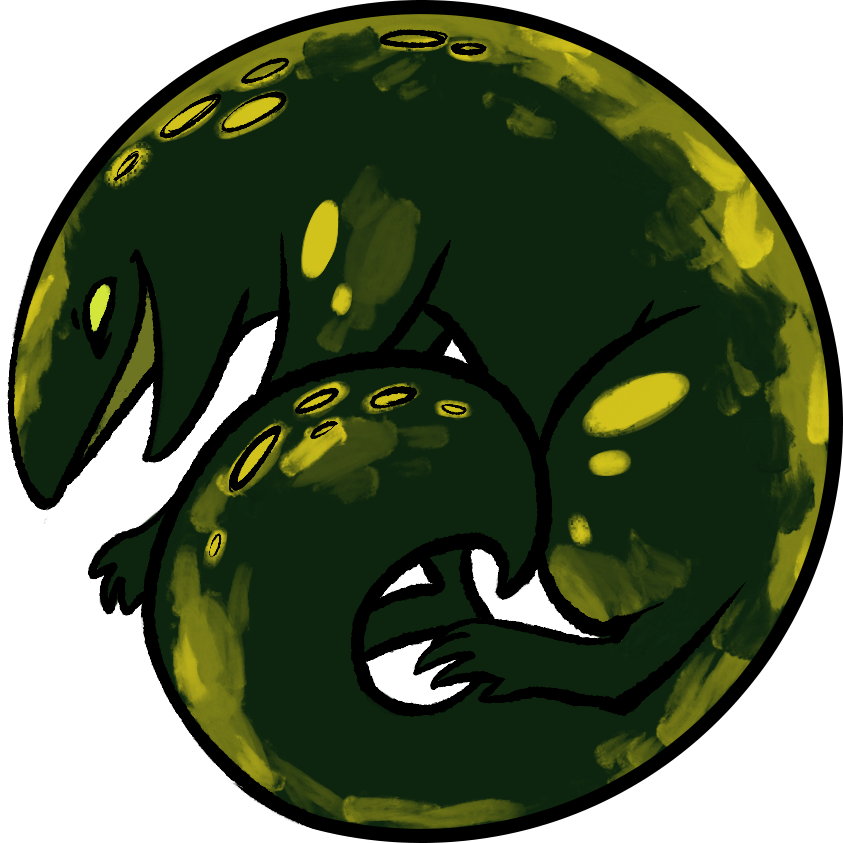 Gregory Moss is a Producer and Sound Designer with Cat and Fiddle Games Co., He has been in the game development for 2 years.  He started off working on prototypes for six different game ideas.  For each of these he was responsible for managing a multidisciplinary team and meeting strict deadlines.

He was also a producer for an alternative controller game Mechromancy. Mechromancy is a three player, co-op game that used unique alternative controllers. The controllers consist of tesla spheres that power and activate the controller for movement and abilities. This game is going to be submitted to the Game Developers Conference 2020 for the ALT.CTRL competition. His primary role on the project was a producer working with the art team as well as preparing documentation and presentation materials used in meetings with the Executive Producers. 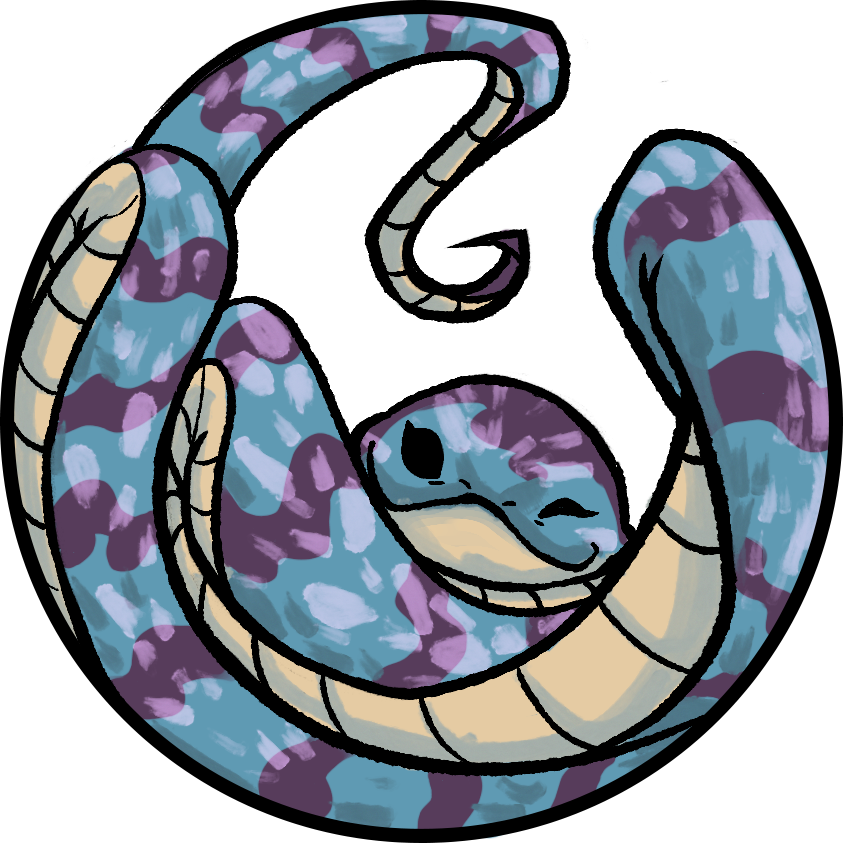 Dani Powers is a game artist, concept designer, and illustrator from Salt Lake City, Utah. As an artist, her career has ranged from video game and card game development to comic book illustration and art direction. After being awarded the 2014 DICE Scholarship in association with the Academy of Interactive Arts & Sciences, she went on to work with two successful Kickstarter projects as an artist; Moods of the Mad King (2015) and The Vigil (2016). Following graduation with a Bachelor’s in Media Arts, she worked as Art Lead on DIVE: Starpath, her first Steam title, over the course of two years and published to positive reception in 2018. Since then, she has returned to the University of Utah for her Master’s Degree in Entertainment Arts & Engineering with an emphasis in Game Art. She won the 1000 Dream Fund’s BroadcastHER Grant in 2019, funding her work on Goodbye, an alternative controller horror experience submitting to Alt. Ctrl. GDC in 2020. Dani cites her love of exploring imaginary worlds and drawing what could occupy them, something that drew her to Cat & Fiddle Games. She is currently working as an artist on Strange Creatures. 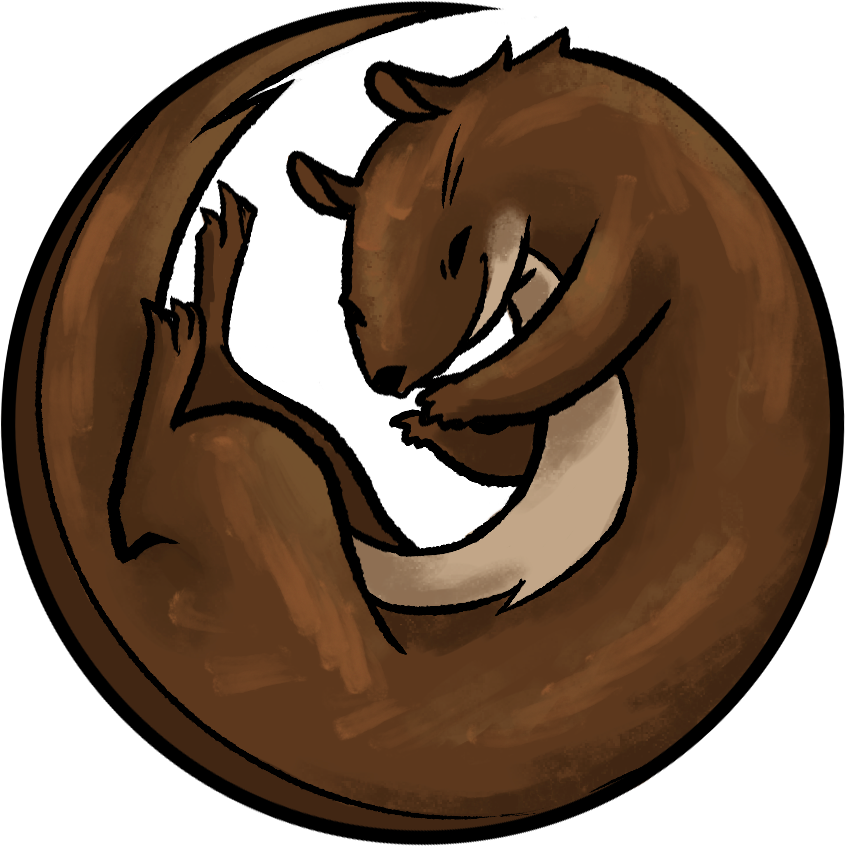 Has been working in game development for 3 years.  In addition to working with Cat and Fiddle Games Co., he is currently working at the University of Utah’s GApp Lab where his responsibilities include research, development, and production of interactive, medically-focused games and apps. He has experience working on projects developed for PC, Mac, IOS, Android, and Windows Mixed Reality using various engines such as Unity, Unreal 4, and Monogame. Current projects include Ready, Set, Haiya which is an alternative control kung-fu rhythm game that has been showcased at DreamHack Dallas 2019, and Indiecade Nightgames 2019 and has also been selected to be in DreamHack Atlanta 2019 and DreamHack Winter 2019, and is expected to be showcased at Alt-Ctrl GDC 2020, as well as of yet unnamed alt-control game/app looking to assist spinal-cord injury patients in their recovery, You can find some of his previous/current projects at https://luis-garcia-remes.itch.io/ 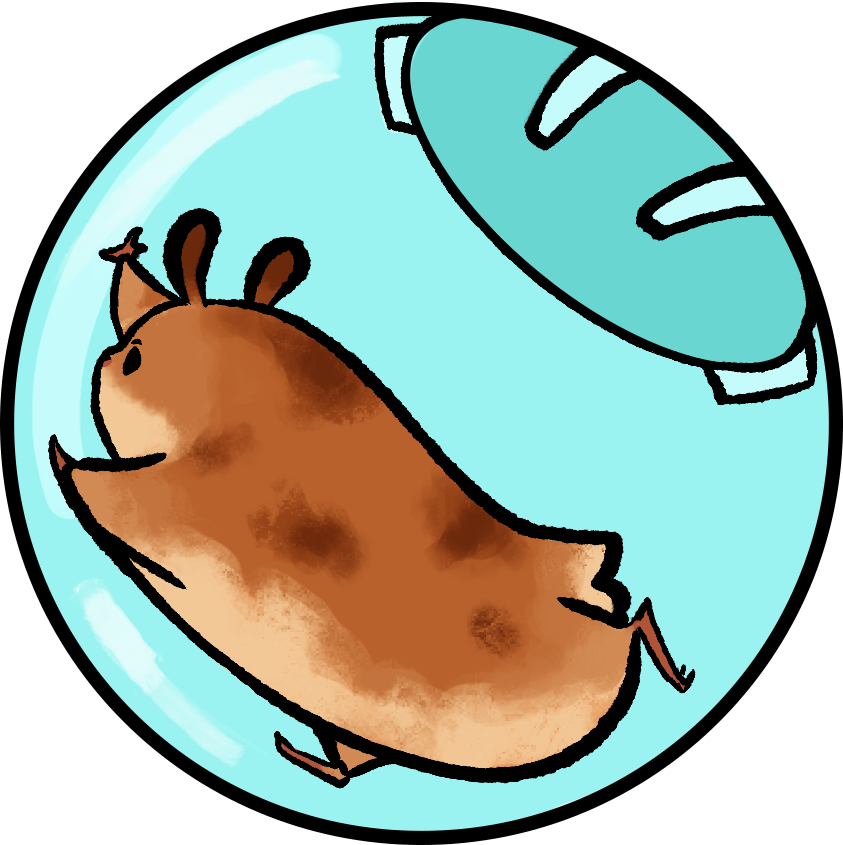 Rewant Verma is a Game Producer and Designer at Cat and Fiddle Games Co., for our project Strange Creatures.  He has been involved in making and studying games for about 2 years now. He started his career in video games back in his undergraduate program, when he co-founded and established GeekyBear Game Dev Club; the first game development student club at the college.

He has been a producer on 6 various prototypes during my Masters program, working with teams of 5-6 people for about 9-14 days, that included VR games, serious games, mobile games and arcade game covers. During these projects, he was responsible for managing teams and projects.

He has also worked on a 4-month long alternate controller project as a producer and designer, with a team of 10 developers and 3 music composers. Ready Set Haiya was showcased at EAE Launch 2019, Dreamhack Dallas 2019 and IndieCade 2019, got an official selection into Dreamhack Atlanta 2019 and Dreamhack Winter 2019, and expected to be at Alt.Ctrl.GDC 2020. During all of these projects, He was responsible for creating and maintaining Kanban backlogs, tracking team velocity with Agile methods, presenting our innovative prototypes to various enthusiasts, carrying out brainstorming design sessions and stand ups, documenting team’s values and iterative process, designing and implementing various gameplay elements, and getting in contact with external resources for outsourcing material.

He has also worked at the Therapeutic Games and Apps lab for the last 6 months and have been acting as a producer on various serious games that help solve real world problems through unique and innovative games. 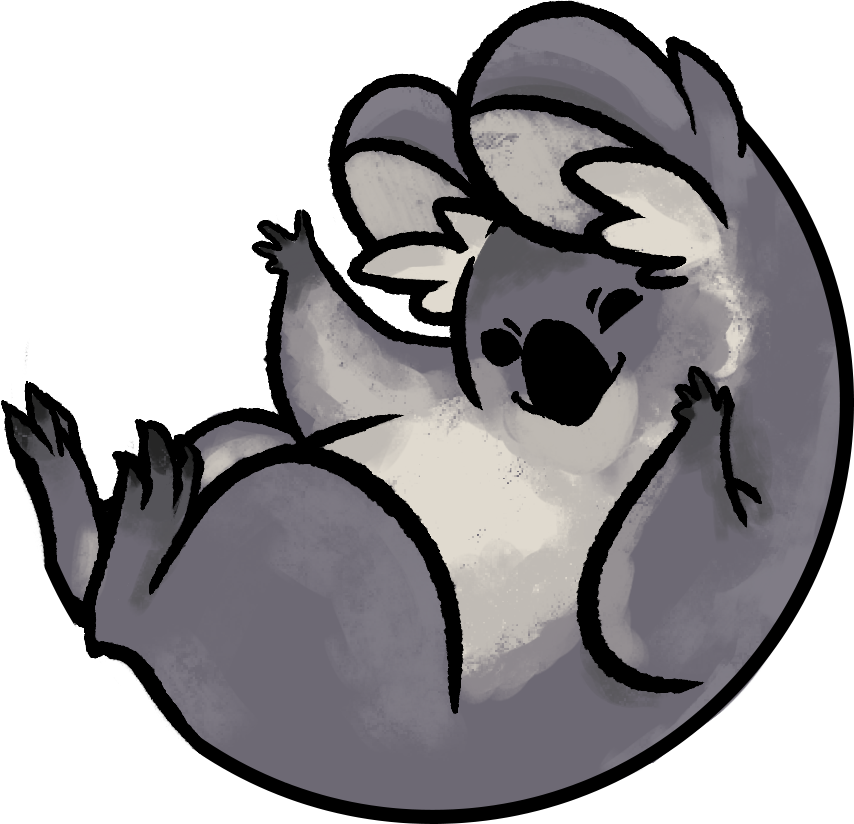 He studied software engineering for undergraduate major in China. Following that he worked as a Unity engineer in an indie game studio called BadPixel for 8 months during 2018, and now I’m studying Entertainment Arts & Engineering at the University of Utah in the technical art track.

He has also worked on an alternative controller game called The Final Funktier which will be submitted for the ALT.CTRL GDC contest for GDC 2020.

His primary area of focus is graphical engineering/designing.

His portfolio can be found here https://gamerwang.github.io